After trying various meals from five different restaurants in and around the State College area for Happy Valley Restaurant Week, I can say with pride that local restaurants offer much better food than I previously realized.

Not only was I introduced to the best pizza in the area, but I also sampled a milkshake stacked with five different ingredients for an affordable price of only $7.

I started off my journey trying Doggie’s Pub’s pizza for the first time. I’m quite embarrassed by this, as I have been a resident of State College since 2018 and am graduating next May. For Happy Valley Restaurant Week, it offered a chicken buffalo pizza pie.

This was also a big moment for me because I have never tried buffalo pizza. To my surprise, the dish incorporated every component of pizza I’ve been searching for since I moved from my hometown in New Jersey.

I was surrounded by well-made pizza in New Jersey, so when I moved here, I was disappointed with the options offered in the area. Since then, I have been on the hunt for a pizza that even came close to New Jersey-style pizza.

I can say with confidence that Doggie’s has taken the crown for the best pizza in town. The pie was crispy on the bottom, the sauce-to-cheese ratio was perfectly balanced and best of all, the pizza was properly cooked.

I give this pizza an 8.5/10 ranking and would highly recommend it for those in search of a solid pizza that is actually worth the money in State College.

Next, I tried Kimchi Korean Restaurant’s sweet and sour pork. The pork was deep-fried, came alongside assorted vegetables in homemade sweet and sour sauce, and was served with white rice.

In my opinion, the meal was not worth the money. And that’s being nice.

I had such high hopes when I smelled the food after I picked it up, and I really thought it was going to be another win for Happy Valley Restaurant Week.

The pork was fried in obviously old oil, which was the restaurant’s first mistake, and the cut of pork was a literal pork chop — I could tell off the first bite.

However, the sauce wasn’t that bad, but it still had an oily consistency and was extremely under-seasoned.

After that, I had low expectations for the next three meals I was going to try, but to my surprise, the next meal from State Burger Co. blew everything completely out of the water.

The restaurant offered a milkshake for Happy Valley Restaurant Week called “Coco Breeze.” It featured an entire slice of coconut-flavored cake on top, lemon frosting and an orange slice on the rim of the glass, a cherry and a lemon cake ball as garnish.

The coconut-infused strawberry milkshake took me by surprise, and it quickly rose to and stayed at the top of all the meals I tried this week. Not only was the milkshake itself a sight to behold, but the taste of it was immaculate.

I am still raving about the presentation and effort put into this shake to my friends and family almost a week after trying it.

I would highly suggest coming here because the restaurant also offers other items including poutine, red onion rings and a vast selection of burgers. I will 100% be making my way back here to try all of these items.

After State Burger Co., I tried URBN Flavourhaus Park Place, which offered classic chicken parmesan with a side of pasta tossed in herb butter and steamed broccolini.

I never knew this restaurant offered anything other than donuts and milkshakes, so I was pretty skeptical to try its food at first. However, I was met with a more-than-adequate rendition of chicken parmesan.

There’s not much to say other than that it embodied all the components one looks for when ordering chicken parm. The breading was crispy, the chicken was seasoned properly and the cheese-to-sauce ratio on top was perfectly balanced.

I also really enjoyed how the pasta was coated in herb butter compared to the traditional route of coating it in marinara sauce. This definitely was a spin on the classic dish that I really enjoyed — sometimes the sauce can be overpowering.

State College unfortunately does not offer a great selection of Italian restaurants, so URBN Flavourhaus definitely has my vote for best chicken parm in town.

Burgers and fries from BRGR

I ended the week with BRGR downtown’s two “Average Joe” burgers and fries on the side. I have always been a huge fan of BRGR, so I had faith my food journey would end on a high note.

The burgers were topped with classics such as American cheese, red onions, lettuce and tomatoes. I also asked for BRGR’s signature sauce on the side — it’s a must in my opinion.

When I received the dish, it was perfectly cooked and kind of messy, which is something I actually really enjoy about BRGR. My grandfather, who has worked in various restaurant settings, once told me, “The messier the burger, the better,” and I couldn’t agree more.

The fries were also the icing on the cake, as they were seasoned and fried to perfection. I usually order BRGR’s onion rings, but I now feel I was missing out on the delectable fries this whole time.

BRGR definitely outdoes itself each time I order, and I’m always satisfied after eating a meal there.

If you’re a big fan of burgers like me, I highly suggest making your way over to the establishment. I give it an 8.5/10.

Overall, Happy Valley Restaurant Week was a true success. I found some great restaurants I didn’t know of beforehand, as well as some restaurants I know now to never step foot in again.

I really enjoyed what State College offered this week because it gave customers a chance to try new items from their favorite restaurants and explore others they didn’t know existed.

I will definitely return to these restaurants in the near future.

Can’t make it to the shore this summer? No worries — this list of off-campus attractions wil… 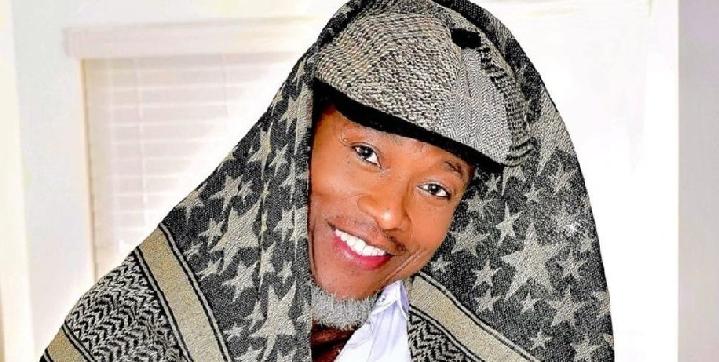 Next post Will Pakistan-Iran-Turkey Troika Fill The Vacuum In Afghanistan Immediately after US Exit?
Joan Gil
September 14, 2021